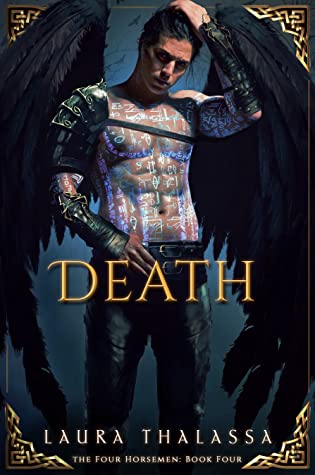 He’s known by many names: Thanatos. Horseman. God’s last angel. And then, of course, there’s the one I’m all too familiar with—

The day Death comes to Lazarus Gaumond’s town and kills everyone in one fell swoop, the last thing he expects to see is a woman left alive and standing. But Lazarus has her own extraordinary gift: she cannot be killed—not by humans, not by the elements, not by Death himself.

She is the one soul Death doesn’t recognize. The one soul he cannot pry free from her flesh. Nor can he ignore the unsettling desire he has for her. Take her. He wants to, desperately. And the longer she tries to stop him from his killing spree, the stronger the desire becomes.

When Lazarus crosses paths with the three other horsemen, an unthinkable situation leads to a terrible deal: seduce Death, save the world. A hopeless task, made all the worse by the bad blood between her and Thanatos. But Death’s attraction to her is undeniable, and try though she might, Lazarus cannot stay away from that ancient, beautiful being and his dark embrace.

The end is here. Humankind is set to perish, and not even the horsemen can stop Death from fulfilling his final task.

Without a doubt the BEST BOOK IN THE FOUR HORSEMEN SERIES. WHAT AN EPIC FINALE.

I am officially suffering a huge book hangover because Deathlived up to my expectations and I’m honestly in awed.From the very beginning, I had my eyes set on Thanatos / Death. I knew I’m going to love him and undeniably a bias for him. (Sorry Pestilence, War and Famine!) He’s the most powerful among the four but he’s an absolute sweetheart. He’s endearing and I can’t help swooning over him.

No one is immune to Death. Everything he passed on dies except for Lazarus Gaumond. They’re fated to each other. I purposely dragged on reading this because I enjoyed their rivalry and sexual tension. However, the three horsemen wants to stop death unleashing havoc and only Lazarus can by seducing him. Seduction aside, Lazarus genuinely fall for the horsemen. WHO DOESN’T? Thanatos is a HOTTIE. Just stare at the cover.

The four horsemen reunion just makes me want to drink wine and fangirl over these men. The ending was superb and it almost felt realistic. It’s the perfect closure for the series. I’m just here, wailing it is over. How to fill this gap? Recommend me more four horsemen.

Laura Thalassa, thank you for writing this series. I will forever recommend it to everyone. 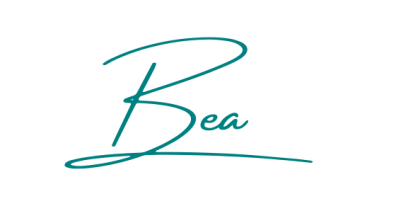