Hello everyone! I finally joined the Top Ten Tuesday bandwagon which is hosted by The Artsy Reader Girl and originally created by The Broke and the Bookish. Every week there’ll be topics discussed and list all our favorites. For today’s list, I want to share with you the books / series I wish I could read again for the first time. These books have a special place in my heart because of its story and characters.

END_OF_DOCUMENT_TOKEN_TO_BE_REPLACED 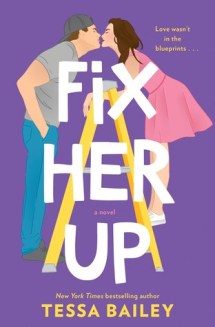 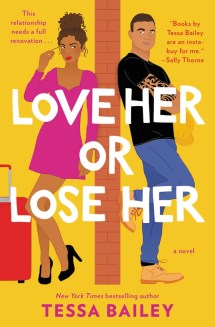 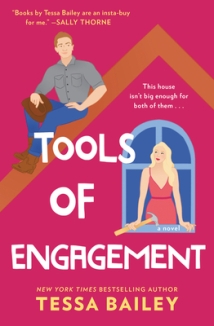 Georgette Castle’s family runs the best home renovation business in town, but she picked balloons instead of blueprints and they haven’t taken her seriously since. Frankly, she’s over it. Georgie loves planning children’s birthday parties and making people laugh, just not at her own expense. She’s determined to fix herself up into a Woman of the World… whatever that means.

Phase one: new framework for her business (a website from this decade, perhaps?)

Phase two: a gut-reno on her wardrobe (fyi, leggings are pants.)

Phase three: updates to her exterior (do people still wax?)

Phase four: put herself on the market (and stop crushing on Travis Ford!)

Living her best life means facing the truth: Georgie hasn’t been on a date since, well, ever. Nobody’s asking the town clown out for a night of hot sex, that’s for sure. Maybe if people think she’s having a steamy love affair, they’ll acknowledge she’s not just the “little sister” who paints faces for a living. And who better to help demolish that image than the resident sports star and tabloid favorite?

Travis Ford was major league baseball’s hottest rookie when an injury ended his career. Now he’s flipping houses to keep busy and trying to forget his glory days. But he can’t even cross the street without someone recapping his greatest hits. Or making a joke about his… bat. And then there’s Georgie, his best friend’s sister, who is not a kid anymore. When she proposes a wild scheme—that they pretend to date, to shock her family and help him land a new job—he agrees. What’s the harm? It’s not like it’s real. But the girl Travis used to tease is now a funny, full-of-life woman and there’s nothing fake about how much he wants her…

Love Her or Lose Her

Rosie and Dominic Vega are the perfect couple: high school sweethearts, best friends, madly in love. Well, they used to be, anyway. Now, Rosie’s lucky to get a caveman grunt from the ex-soldier every time she walks in the door. Dom is faithful and a great provider, but the man she fell in love with 10 years ago is nowhere to be found. When her girlfriends encourage Rosie to demand more out of life and pursue her dream of opening a restaurant, she decides to demand more out of love, too. Three words: marriage boot camp.

Never in a million years did Rosie believe her stoic, too-manly-to emote husband would actually agree to relationship rehab with a weed-smoking hippie. Dom talking about feelings? Sitting on pillows? Communing with nature? Learning love languages? Nope. But to her surprise, he’s all in, and it forces her to admit her own role in their cracked foundation. As they complete one ridiculous – yet surprisingly helpful – assignment after another, their remodeled relationship gets stronger than ever. Except just as they’re getting back on track, Rosie discovers Dom has a secret… and it could demolish everything.

Hair, makeup, clothing, decor… everything in Bethany Castle’s world is organized, planned, and styled to perfection. Which is why the homes she designs for her family’s real estate business are the most coveted in town. The only thing not perfect? Her track record with men. She’s on a dating hiatus and after helping her friends achieve their dreams, Bethany finally has time to focus on her own: flip a house, from framework to furnishings, all by herself. Except her older brother runs the company and refuses to take her seriously.

When a television producer gets wind of the Castle sibling rivalry, they’re invited on Flip Off, a competition to see who can do the best renovation. Bethany wants bragging rights, but she needs a crew and the only member of her brother’s construction team willing to jump ship is Wes Daniels, the new guy in town. His Texas drawl and handsome face got under Bethany’s skin on day one, but the last thing she needs is some cocky young cowboy in her way.

As the race to renovate heats up, Wes and Bethany are forced into close quarters, trading barbs and biting banter as they remodel the ugliest house on the block. It’s a labor of love, hate, and everything in between, and soon sparks are flying. But Bethany’s perfectly structured life is one kiss away from going up in smoke and she knows falling for a guy like Wes would be a flipping disaster.

END_OF_DOCUMENT_TOKEN_TO_BE_REPLACED 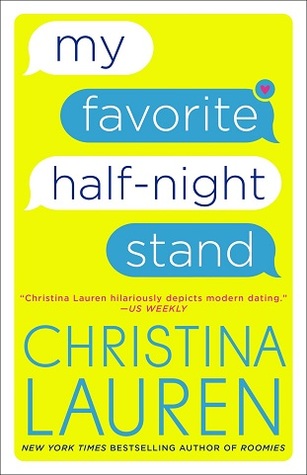 Millie Morris has always been one of the guys. A UC Santa Barbara professor, she’s a female-serial-killer expert who’s quick with a deflection joke and terrible at getting personal. And she, just like her four best guy friends and fellow professors, is perma-single.

So when a routine university function turns into a black tie gala, Mille and her circle make a pact that they’ll join an online dating service to find plus-ones for the event. There’s only one hitch: after making the pact, Millie and one of the guys, Reid Campbell, secretly spend the sexiest half-night of their lives together, but mutually decide the friendship would be better off strictly platonic.

But online dating isn’t for the faint of heart. While the guys are inundated with quality matches and potential dates, Millie’s first profile attempt garners nothing but dick pics and creepers. Enter “Catherine”—Millie’s fictional profile persona, in whose make-believe shoes she can be more vulnerable than she’s ever been in person. Soon “Catherine” and Reid strike up a digital pen-pal-ship…but Millie can’t resist temptation in real life, either. Soon, Millie will have to face her worst fear—intimacy—or risk losing her best friend, forever.

END_OF_DOCUMENT_TOKEN_TO_BE_REPLACED 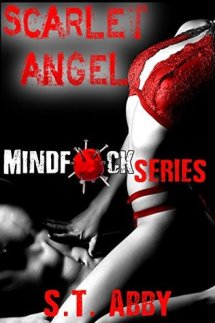 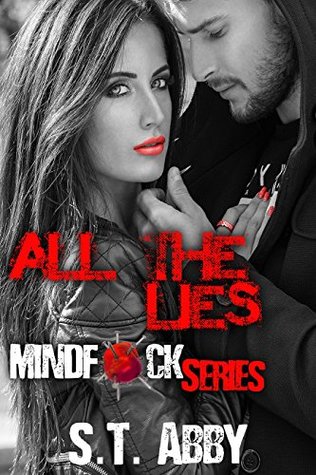 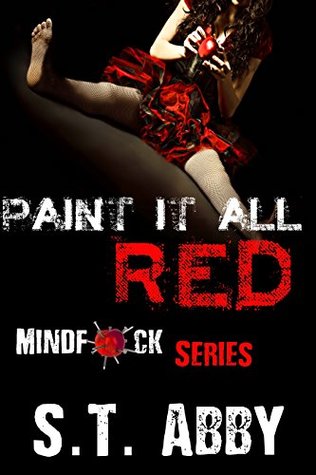 Reviews for each book:

They took too much.
Left too little.
I had nothing to lose…until him.

I didn’t expect him.
I didn’t want to fall in love.
But I can’t let him go.

Logan Bennett makes the world a safer place.
He’s brilliant.
He’s a hero.
He locks away the sick and depraved.
But while he’s saving lives, I’m taking them. Collecting the debts that are owed to me.

Ten years ago, they took from me. They left me for dead.
They should have made sure I stayed dead.

Now I’m taking from them.
One name at a time.

I’ve trained for too long.
I’ve been patient.
I can’t stop now.

They never see me coming, until I paint their walls red.

He just knows people are dying.
He doesn’t know he’s in love with their killer.

No one suspects a dead girl.
And Logan doesn’t suspect the girl in his bed.

At least until I tell them the story they’ve pretended never happened.

But in the end, will Logan choose them? Or will we watch them burn together?

Hello everyone! I finally joined the Top Ten Tuesday bandwagon which is hosted by The Artsy Reader Girl and originally created by The Broke and the Bookish. Every week there’ll be topics discussed and list all our favorites. For this week’s topic is Secondary / Minor Characters Who Deserve More Love. I am excited to share you my list and I think these characters need more spotlight as much as the protagonist.

END_OF_DOCUMENT_TOKEN_TO_BE_REPLACED 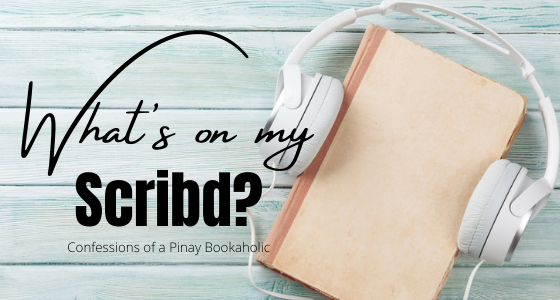 I’m on a roll listening to audiobooks and prior August, I saved a lot to keep me company and I expand my horizons on mystery/thrillers. I have 12 audiobooks on my list and hopefully I’ll finish them before my subscription ends. Currently I am listening to The Wife Upstairs by Rachel Hawkins which is a book club pick of It Thrill-y Hurts hosted by Gerald @ Gerald the Bookworm. You can join the Facebook group for discussions.

END_OF_DOCUMENT_TOKEN_TO_BE_REPLACED

Before I jumped into my post, I want to shoutout my good buddy Ari for pitching this idea (I swear she has more creative mojo than I do. I’m a lazy ass) and we both have similar taste in dark romance novels. Just a reminder to everyone who’s reading this post, all of these books are DARK ROMANCES/ ROMANCE THRILLERS. There are a lot of trigger warnings here such as abuse, kidnapping, sexual harassment/assault, drugs, violence, gore etc. (and other shits I don’t even want to mention). I just want to put it here because I don’t have any intention to hurt anyone or make you uncomfortable.

Self-awareness is a MUST prior reading these kinds of books. Enter at your own risk and all of these are fiction novels. I do not condone any of the things happened here and my morals are completely intact. Without further ado, here are the books / series that screwed my soul. Lmao.

END_OF_DOCUMENT_TOKEN_TO_BE_REPLACED

Hello everyone! It’s already August and I just finished finalizing all the books I’ve read for the readathons I participated such as Mood Reader Bingo hosted by Yna @ The Mood Reader  and Tarot Readathon hosted by Daijah @ Daijah’s Book World, Britany @ Literaly Smitten, Jess @ Books Past Bedtime and Noelle @ Noelle 7 Pages. These two readathons are successful to me because the prompts here encourage me to read variety of books.

I have read a total of 21 books and majority of them are adult books. I am also proud that I’ve been listening to audiobooks lately and discovered great voice actors.