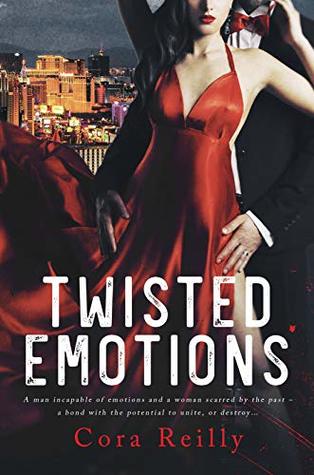 Nino Falcone is genius and monster. As the right hand man and brother of the Capo of the Camorra, his lack of feelings is a blessing, not a curse – until his brother asks him to marry for the sake of the Camorra.

Kiara Vitiello, cousin of the Capo of the New York Famiglia, is chosen to marry Nino Falcone to prevent war with the Camorra, but what she hears about Las Vegas makes her veins pulse with terror. After her father betrayed his Capo and paid with his life, her family thinks marriage is her only chance to bring honor to her name; but only Kiara knows she’s a faulty prize given in return for peace.
A man incapable of emotions and a woman scarred by the past – an arranged marriage with the potential to unite, or destroy…

You know when there’s a mafia romance I’m anticipating, I can’t resist but read it immediately. The Camorra Chronicles continues with Nino Falcone, the underboss and Remo’s brother. To strengthen ties and a truce with the Famiglia, he agrees to wed Luca Vitiello’s cousin, Kiara Vitiello. However, Kiara’s reputation is ruined because her father dishonored the Famiglia and her family looked down on her. Marrying Nino scares her, especially the man is stoic and dangerous. She hopes he isn’t abusive and she doesn’t want to experience her traumatic past.

Oooh lala. This sequel is better than Fabiano and Leona’s story. I love the plot as it intertwines the three mafia syndicates and it’s building up. They need to unite against the Bratva. I’m anticipating they’ll appear in the succeeding books. Perhaps by book four. Luca, Dante, and Remo? The Capos together? YES PLS. They better not kill each other. 😛 😛 😛

Going back to Nino and Kiara, their relationship was gradually built up and made the romance unbridled with passion. When Nino found out about Kiara’s past, he becomes protective and gave her justice. Also, he helps her overcoming her fears on the opposite sex and giving her assurance she’s safe in their territory. He is really patient and attentive. The only thing I dislike about him was when *highlight to view spoiler* he slept with another woman. He asked Kiara if he could seek pleasure with other woman since she doesn’t want him yet and Kiara gave him the permission to do so. Ugh.*end of spoiler*

Kiara realizes her marriage with him isn’t terrifying at all, she starts developing an affection towards him but there’s no guarantee he’ll return it. She blossomed in this novel and she becomes braver through Nino’s help by teaching her self-defense. Majority of the novel focused on Kiara and I wish it’s 50/50. Nino’s back story could have explored more but it didn’t happen until 80% of the book. That isn’t enough for me. It’s quite rushed and it kinda let me down.

Overall, still a great sequel and I’m dying to get my hands on Remo Falcone’s book! THAT GUY REALLY CAUGHT MY ATTENTION. Gosh, he almost took Nino’s spotlight.