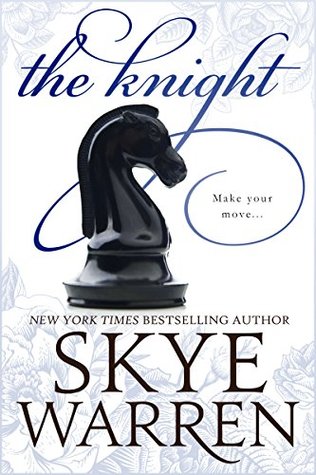 The power of pleasure…

Gabriel Miller took everything from me. My family. My innocence. My home. The only thing I have left is the determination to get back what’s mine.

And the game has only just begun.

The Knight begins from the last part of the previous book where there is a fallout between our protagonists. Avery St. James has nothing left as Gabriel took everything from her. She trusted and developed feelings for him, still he betrayed her. Hurt by his actions, she must do everything to survive and plan her next move. She temporarily lives in a cheap motel and she thought Gabriel is done with her. When she found out he’s auctioning her family’s home, she decided to play his game. After all, it’s his way to push her buttons. She’ll participate the auction and retrieve what’s rightfully hers.

Gabriel Miller can do any intimidation he wants but he cannot break Avery easily. If she falls, he’ll catch her because his feelings for her was strong. It makes him vulnerable and weak. He hated that she can be as strong as him. She may be naive but she’s resilient. No matter how many times he breaks her, she rises up and maintains her composure. They have more chemistry and sexual tension here than in The Pawn. The characters have great character developments too particularly on Avery. She plays a smarter game here and was more courageous. She’s down to earth and forgiving. If I were her I don’t think I’ll forgive Gabriel for what he’s done but he’s fated to be Avery’s knight. I’m still mad at him and dude has a lot of making up to do!

This installment provides answers to my questions from the previous book. Revelation of untold truths and holy crap, the plot twist was good and a new enemy arises. It was suspenseful and unexpected indeed. The real story behind Helen St. James’ (Avery’s mom) death fooled everyone. I’m sure Avery is his next target and that ending was really creepy. It makes me excited to proceed with the final book. Overall, I really like it more than the first book.