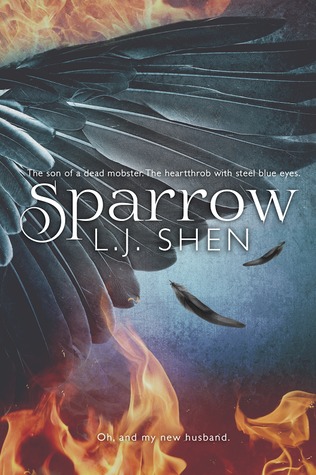 Every southie in Boston knows that name. The son of a dead mobster. The heart throb with steel blue eyes. “The Fixer” who can make or break you in this city.

Oh, and my new husband.

That’s me. No one seemed to remember my name up until he barged into my life.
But then he caged me.
Kidnapped me.
And killed every chance I had to runaway from the place where we grew up.
Put simply, Troy Brennan clipped my wings.

I have dreams, big ones, but I doubt he’d ever let me chase them. I have no idea why he’d decided to take me as his wife. But I do know this: pissing off this man will not do me any good. At all.

Sparrow is a standalone, full-length novel. It contains graphic violence and adult situations some may find offensive.

Sparrow is thus far my least favorite book by L.J. Shen. I’m binge reading her books lately and even they’re a hit or miss, I’m in the mood for it. The book was good but the hero turned me off.

The story opens as Troy Brennan murdered those people responsible for his father’s assassination. However, he’s still on a mission finding the mastermind. All of a sudden he’s marrying one of his father’s soldier’s daughter, Sparrow Raynes. It was an arrange marriage and I’m confused it was all of a sudden. I knew he has a purpose and it was revealed later on the story. Troy and Sparrow despise each other. There’s too much tension between them and Troy never treated Sparrow like his wife. He’s always mean to her but he’s more amused whenever she puts up a fight.

Though Troy Brennan redeemed himself in this book, he’s infuriating, childish and rude. Sparrow Raynes was a snarky heroine, I kinda liked her sass. They have a good chemistry but I wish Troy was more endearing. Ugh, he just ruined the book by disrespecting their marriage vows.The plot was predictable, I knew who hired Cillian Brennan’s killer as I connect the dots. You know what’s funny? Troy failed to notice his enemy. Brutally speaking, he’s outsmarted by the antagonist and that makes him weaker. Overall, it could have been good if there was more backstory and if the ending wasn’t rushed. 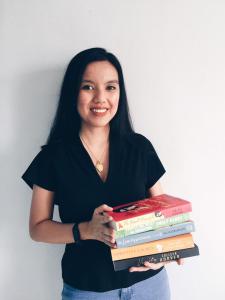