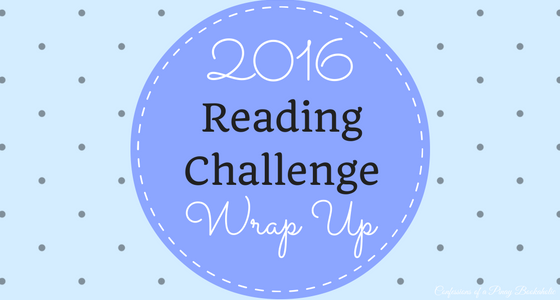 AROUND THE YEAR IN 52 BOOKS

This year I have read many good books and listed my favorite Books / Series of 2016, I also have books that disappointed me. Most of these books I’m going to mention have a rating of 3 stars and below and give a brief description why I didn’t like it. No hard feelings just in case I’ve mentioned your favorite book. 😉 This list is in no particular order. 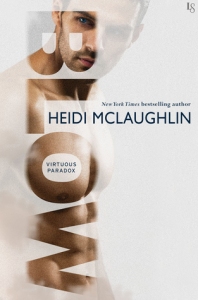 Have you read any of these books? Let me know what your think of it.  What is your most disappointing reads of 2016? Feel free to share on the comments. 🙂

There are only days to go before 2016 ends! Here are some of the books I look forward on 2017. I’ll be categorizing it according to: Young Adult, New Adult / Adult. Note: Some of the books don’t have official covers and publication dates are TBA (To Be Announced). I will be updating this list if there are any changes.

For more books to be released on 2017, you can check out these lists:

What are your most anticipated books of 2017? Feel free to share your thoughts or links (if you have a post) on the comments below. Happy Holidays everyone! 🙂 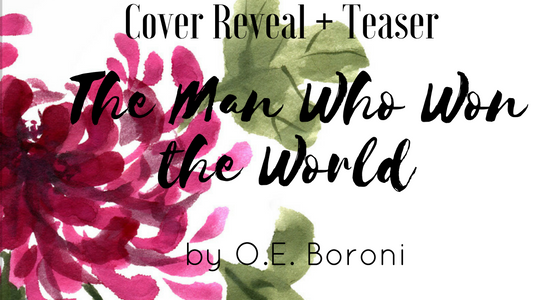 Hello everyone! I want to share with you guys that O.E. Boroni, author of The Never trilogy (The Beginning of Never, The Way to Never and The Truth of Never), has an upcoming novel titled: The Man Who Won the World. It’s expected to be released on January 31st, 2017! 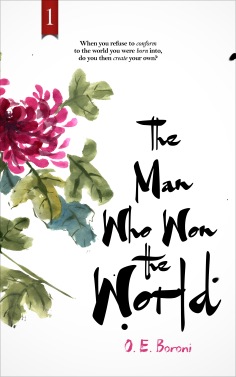 When you refuse to conform to the world you were born into, do you then create your own?

This is a story about a man who founded his own kingdom.

All Choi Jiyong knows is his carefree days hawking vegetables at the Namdong market, and his service as a jolly hand at a river-side tavern

But one day, it all changes when he saves the life of a mysterious girl.

Suddenly, he is plunged into a world of political rivalry, deadly turmoil, and incomprehensible tragedy. However, what he thinks is just an end to life as he has known it, becomes the start of his journey towards a destiny that has been ordained in his name: his hand will bring to its knees, dynasties that have been since the beginning of time.

This is a tale of supernatural forces, of love and of guilt, of revenge and of truth. Wars will arise and kingdoms will fall, kings will become victims, and slaves will become gods.

Author’s note: This is a historical/period romance novel set in Korea in the 900’s.

O. E. Boroni currently lives in the United Kingdom. Her days are spent in the Project Management field while her nights are spent with books. She’s either reading them or writing the ones that she wants to read. 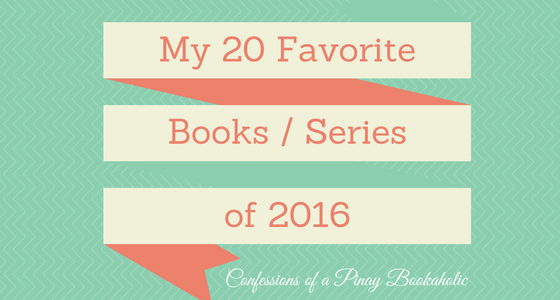 It’s time to wrap up with my favorite books or series (I binge) read this year. This is probably the most challenging year to rank my favorite books / series so far because they’re amazing and it overwhelmed me. I will count series as one because I just can’t separate them. Haha! Some authors have multiple entries on this list.  😉 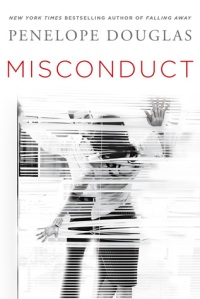 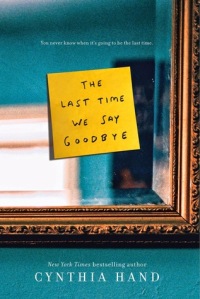 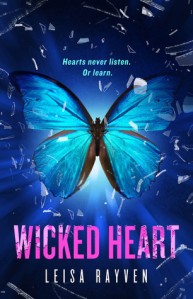 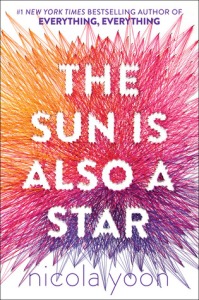 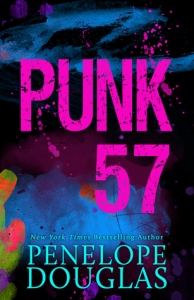 These are my top reads of 2016. Have you read any of these?  Let me know your top reads this year and if you have a post, feel free to share your links 🙂 Happy Holidays lovely bookworms! 🙂

From the author of Saving a Legend (“A deep and moving story about family, acceptance, and love.”—Katy Evans) comes another smoldering MMA romance featuring the Kavanagh brothers, the chiseled alpha males whose real legacy is love.

Kane Kavanagh has always had one goal: being the best mixed martial arts fighter alive. With the MMA National Championships in Las Vegas fast approaching, the man they call “Killer” has no intention of letting anyone or anything get in his way. Somehow, though, a feisty opponent has slipped beneath his guard—and stolen his heart. Fiery and passionate, Nora Hannigan is harder to pin down than any rival Kane has faced in the ring. And she isn’t afraid to tell Kane that she wants nothing to do with him.

With her best friend about to marry into the Kavanagh family, Nora has been resisting Kane’s shameless attempts at flirting for months. But after their undeniable chemistry finally takes over, leading to the hottest night of Nora’s life, she’s running scared. There’s a lot about her life Kane doesn’t know, and she won’t be responsible for ending his career. Now Kane’s out to prove that he’s ready for commitment by winning her heart—and he’s never lost a fight.

END_OF_DOCUMENT_TOKEN_TO_BE_REPLACED

Raven and her sister, Cara, are at the mercy of a small detachment of Florentine vampyres, who are delivering them as a peace offering to the feared Curia in Rome.
Though she s unsure William survived the coup that toppled his principality, Raven is determined to protect her sister at all costs, even if it means challenging Borek, the commander of the detachment.
In an effort to keep Raven from falling into the hands of his enemies, William puts himself at the mercy of the Roman, the dangerous and mysterious vampyre king of Italy. But the Roman is not what he expects
Alliances and enmities will shift and merge as William struggles to save the woman he loves and his principality, without plunging the vampyre population into a world war.
This stunning conclusion to the Florentine series will take readers across Italy and beyond as the lovers fight to remain together. Forever.”

END_OF_DOCUMENT_TOKEN_TO_BE_REPLACED

In this thrilling and sexy follow-up to Sempre, two young lovers struggle to keep their relationship intact after they become deeply enmeshed in the dangerous mafia-run crime ring they once tried to overthrow.

Haven Antonelli and Carmine DeMarco have been through a lot. Haven was taken in by Carmine’s father, and with his family’s help, she escaped a gruesome fate. However, saving Haven from the dark intentions of a mafia family cost Carmine a steep price: he was forced to swear loyalty to them.

Now, still passionately in love, Carmine and Haven must face the fall-out of Carmine’s forced service, as Haven discovers terrifying secrets about the family that enslaved both her and her mother—and why she matters so much in this intricate web of lies.

END_OF_DOCUMENT_TOKEN_TO_BE_REPLACED

From the author of the On the Line and Fire on Ice hockey romance series comes a sultry novel featuring a brooding NHL player who’s hell on skates—and the no-nonsense woman who forces him to clean up his act.

Miranda: Even though I’m broke, putting myself through college, and working two jobs, I’m trying to make the best of it. Meanwhile, Jake Birch, hockey’s hottest bad boy, lives in a luxury hotel in downtown Chicago—and still complains about every little thing in his penthouse. But after I tell him off, instead of getting me fired, Jake requests me as his personal housekeeper. Then he starts flirting with me. Only I’m not flirting back . . . at least, I’m trying not to. Did I mention that he’s hockey’s hottest bad boy?

Jake: I’ve met the best woman at the worst possible time. Miranda is the fire to my ice—a sexy, charmingly candid spark who breaks down my walls and reminds me what it’s like to feel again. But I’m being forced to date my team owner’s daughter to keep my job, so I can’t be caught with Miranda. Still, we’re getting closer—until Miranda finds out about my “girlfriend.” And that’s not the only secret I’ve been keeping. But Miranda’s the one I want . . . even if she doesn’t believe me.

END_OF_DOCUMENT_TOKEN_TO_BE_REPLACED

“Ten minutes ago, I was just an American student studying abroad in Spain. But now? Now I’m a professional soccer player’s muse. His good luck charm…”

Soccer star Rhys Maddox’s recovery from an injury isn’t going well—until one night with a beautiful American and a few terrible pick-up lines changes everything. With Laura at his side, he plays smarter, runs faster, and fights harder than he ever has on the pitch. She’s just the good luck charm he needs to turn his flailing career around.

Laura Bennet begins her semester in Madrid with plans to ditch bad habits and worse boyfriends. But when she unexpectedly gets caught up in Rhys’s A-list life, her plans are put on hold. Who wouldn’t skip class to fly on a private jet with a studly Welsh footballer? It’s a no brainer, or so she thinks. Turns out Rhys’s glamorous lifestyle hides an obsession with appearances—an obsession that makes her totally miserable. Determined to take back her happiness, Laura decides to dump Rhys and tackle a “Spain Bucket List” on her own.

But Rhys isn’t letting his good luck charm go without a fight. He’s spent his entire life trying to earn his way into the big leagues, and he’ll do anything to win—even risk his carefully crafted image to help Laura with her bucket list. Will he be able to let go of his ego? Or will he and Laura ultimately let go of each other?